DAYTON, OHIO, December 14, 2021 — United Theological Seminary has received a grant of $1 million from Lilly Endowment Inc. to help support Houses of Study at the seminary, which are equipping students for the unique ministry needs of the communities, movements and denominations in which they serve.

The project is being funded through Lilly Endowment’s Pathways for Tomorrow Initiative. It is a three-phase initiative designed to help theological schools across the United States and Canada as they prioritize and respond to the most pressing challenges they face as they prepare pastoral leaders for Christian congregations both now and into the future.

United’s Houses of Study provide an approach to specialized theological education and formation, designed to leverage leadership and support from partnering religious organizations. Two Houses of Study are currently enrolling students for the Spring 2022 semester: Fresh Expressions is focused on cultivating transformational expressions of Christian community and Mosaix emphasizes multiethnic and economically diverse churches. In Fall 2022, the seminary will launch four more Houses of Study: one for Spanish-speaking students in Hispanic contexts, one for Black United Methodist leaders, one for students in Pentecostal and Charismatic traditions, and another for those in Wesleyan traditions.

“We are in an exciting time at United as we build relationships with Christian denominations, faith-based groups, and networks,” said Dr. Rosario Picardo, director of the Houses of Study initiative. “United’s Houses of Study aim to help fulfill the seminary’s overall mission in preparing faithful and fruitful Christian leaders in their respective traditions as they live out their calling to ministry.”

Because United believes so passionately in this initiative, the seminary has dedicated additional resources to offer half-tuition scholarships available for inaugural students in the Houses of Study program. More information is available on United’s website at united.edu/houses-of-study.

United is one of 84 theological schools that are receiving a total of more than $82 million in grants through the second phase of the Pathways initiative. Together, the schools represent evangelical, mainline Protestant, nondenominational, Pentecostal, Roman Catholic and Black church and historic peace church traditions (e.g., Church of the Brethren, Mennonite, Quakers). Many schools also serve students and pastors from Black, Latino, Korean American, Chinese American and recent immigrant Christian communities.

“Theological schools have long played a pivotal role in preparing pastoral leaders for churches,” said Christopher L. Coble, the Endowment’s vice president for religion. “Today, these schools find themselves in a period of rapid and profound change. Through the Pathways Initiative, theological schools will take deliberate steps to address the challenges they have identified in ways that make the most sense to them. We believe that their efforts are critical to ensuring that Christian congregations continue to have a steady stream of pastoral leaders who are well-prepared to lead the churches of tomorrow.”

Lilly Endowment launched the Pathways initiative in January 2021 because of its longstanding interest in supporting efforts to enhance and sustain the vitality of Christian congregations by strengthening the leadership capacities of pastors and congregational lay leaders.

Lilly Endowment Inc. is an Indianapolis-based private philanthropic foundation created in 1937 by J.K. Lilly, Sr. and his sons Eli and J.K. Jr. through gifts of stock in their pharmaceutical business, Eli Lilly and Company. Although the gifts of stock remain a financial bedrock of the Endowment, it is a separate entity from the company, with a distinct governing board, staff and location. In keeping with the founders’ wishes, the Endowment supports the causes of community development, education and religion and maintains a special commitment to its founders’ hometown, Indianapolis, and home state, Indiana. The primary aim of its grantmaking in religion, which is national in scope, focuses on strengthening the leadership and vitality of Christian congregations in the United States. The Endowment also seeks to foster public understanding about religion and lift up in fair, accurate and balanced ways the contributions that people of all faiths and religious communities make to our greater civic well-being.

United Theological Seminary is one of thirteen United Methodist seminaries in the United States. Located in Dayton, Ohio, United prepares students from more than 30 denominations to become faithful and fruitful Christian leaders who make disciples of Jesus Christ. On-campus and online learning options provide access to master’s and doctoral theological degrees or continuing education. Founded in 1871 by Bishop Milton Wright, father of aviation pioneers Wilbur and Orville Wright, United has continued in that spirit of innovation to equip the Church for the past 150 years. 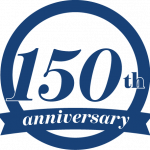