“These new partnerships grow out of United’s commitment to train Hispanic/Latino leaders and reflect an increasing appreciation for the quality of the HCA program,” said Mark Abbott, HCA Director at United.

“Strong lay leaders are the foundation for a dynamic and thriving church,” said Erin Gildner, HCA coordinator at United. “Our Hispanic/Latino brothers and sisters are leading the American church in intentional evangelism and authentic worship. The Academia Cristiana Hispana (HCA) provides a solid training in theology and ministry that is geared to the Hispanic/Latino community and to training lay leaders to lead in the ministries of the church.”

Hispanic/Latino leaders come from many backgrounds and serve in a variety of contexts—from established ministries to those that are just getting started. By providing online courses in both English and Spanish, the HCA hopes to make useful resources accessible to a diverse group of leaders.

“Hispanic/Latino ministry is more culture-specific than language-based,” said Gildner. “By focusing on culture rather than language, the HCA serves the current and the emerging Hispanic/Latino church realities at the same time. The Hispanic/Latino community is incredibly diverse and the Academia Cristiana Hispana reaches the variety of countries represented by students who are part of our program.”

After North Georgia partnered with United in October 2014, 15 students enrolled and began taking courses in January 2015.

West Michigan began its partnership with United in July 2015. Currently, eight students from the conference are enrolled. They completed their first term in the HCA program on Oct. 11 and began their second term on Oct. 19. 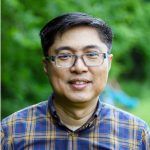