Statement of Solidarity with Our Jewish Neighbors

In light of the demonstrable uptick in anti-Semitic incidents since November, we the Christian faculty at United Theological Seminary offer this statement of solidarity with our Jewish neighbors:

Locally and globally, we have observed bomb threats targeting Jewish centers and schools, desecrations of Jewish gravestones and defacements of Jewish institutions. While this has been a national trend, we witnessed one such incident at a local institution — a public act of hatred in the form of a swastika.

We are greatly disturbed by this trend along with its historical precedents and implications. Not only does this activity evoke the hostility toward Jewish life and culture in Europe leading up to the Shoah, it is a symptom of the present political climate in America. In short, we acknowledge that these are acts of terror specifically targeting our Jewish neighbors. We also acknowledge that these incidents are part of a larger social trend, one that injures a wider network of neighborly relationships. Recent reports of our Muslim neighbors who have helped to restore Jewish cemeteries after vandalism are inspiring. We count this show of friendship as a courageous example for Christian hospitality.

We therefore stand with our neighbors and denounce this trend as both anti-Semitic and anti-Christian. Such hatred stands in opposition to the good news upon which our faith is built. Central to historic Christian doctrine is extravagant love as taught by the author of our faith, a rabbi who was first and foremost a Jew. We believe that Jesus’ entire life was lived as a Jew and that his central mission sought the wellbeing of the Jewish people and their neighbors. We also believe that Jesus’ command to love our neighbors extends the ancient Jewish teaching that all humankind is made in the image of our Creator and deserves respect. As such, symbols of hate are an affront not only to those targeted but to all of G-d’s children.

At the same time, we acknowledge that Christian history is replete with examples of Christians perpetrating or condoning acts of hatred. We at United Theological Seminary hope that we can help to break this pattern and to seek the well-being of our Jewish neighbors. Toward that end, toward the world to come, we stand and will act as we are led in the days to come. If there is a seed of collaboration to be planted here, we stand at the ready to listen and to participate. We invite others in our community to do the same. 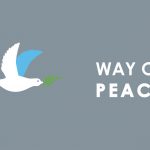 A Statement on the 2020 General Election: “Way of Peace”Faculty Addresses, United News