My heart is heavy as I reflect on the adversity the city of Dayton has faced in recent months. Home to United Theological Seminary and many students, faculty and staff, Dayton, Ohio, has been the source of endless media coverage these last ten weeks, from a KKK rally in May, to the devastation of 15 tornadoes on Memorial Day, and now, a senseless shooting leaving nine dead and 27 injured. The shooting on August 4 closely followed shootings in Gilroy, California; El Paso, Texas; and Chicago.

As a pastor of a church in addition to my role at the seminary, I knew that this past Sunday morning couldn’t be “business as usual.” We changed everything on the fly for our worship service, including songs, prayer time, Scripture readings and time at the altar. It was a holy time amid grief.

People’s sadness and grief have turned to anger, and rightfully so. I am saddened and angry for not only what happened in Dayton but what continues to happen around the country.

During these times, I am reminded that:

One action that we are initiating at United Theological Seminary is a time of worship, prayer and communion with area pastors and churches. Open to the public, the service will take place Friday, August 9, 5:30 p.m. at United’s campus at 4501 Denlinger Road, Dayton, OH 45426. During this time, we will also collect an offering to benefit the families of the shooting victims through the Dayton Oregon District Tragedy Fund established by the Dayton Foundation. Those who are unable to attend in person may donate online at give.united.edu; type “Dayton Strong” in the designation field.

In light of the recent tragedies, United is also extending a discounted rate to next week’s Summer Preaching Seminar, “Words That Heal: Trauma-Aware Ministry,” to support and equip pastors who are ministering to communities in the midst of trauma. Those interested can use code “DaytonStrong” to receive 50% off registration. Dr. Joni Sancken will lead three days of teaching, August 14-16, on responding to trauma in individuals, congregations and communities.

Let us continue to be a people of prayer and action. 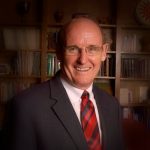 “The Lord is near to the brokenhearted”President's Messages, United News 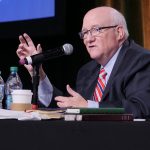