“But O! Who Shall Convert Me?”

From June 1-15, 2014, a group of 12 masters and doctoral students, Dr. and Mrs. Andrew Park and Wendy Deichmann traveled to Pemba, Mozambique for an intercultural trip to Iris Global, a mission founded by Heidi and Rolland (’13) Baker. The following reflection on the trip is by Jefferson Furtado, United M.Div. student.

Last June I was blessed to travel to Mozambique, a beautiful country that like many other third-world nations is still healing from the evil effects brought about by centuries of colonization and decades of civil war. In our time in Mozambique we witnessed the heartbreaking living conditions of a people whose only hope for a better future hangs not on the ability of their government to provide better infrastructure or adequate social services, but on the transformational power of Jesus Christ.

As I spent time with our Mozambican brothers and sisters and began to see more clearly the extreme poverty, deplorable conditions in the local hospital, lack of safe running water, widespread suffering, sickness, and pain, I better understood the sentiment expressed by John Wesley as he traveled back to England from America, “I went to America to convert the Indians, but, O! who shall convert me…” The comfort and encouragement I thought I could provide others was quickly turned on its head and redirected toward me. I then more deeply understood that solving the social problems of world requires much greater effort than simply writing a check. This task requires a heart that is sensitive to the pains and struggles of others. It demands great willingness to learn from those who have no material goods to share. It necessitates sincere humbleness to admit that we do not have all the answers. It also calls for earnest acknowledgement that despite our vast resources we cannot transform a nation, only God can.

As we saw all the great things Iris Global is doing in the country of Mozambique, the one thing that impressed me the most was the willingness of hundreds of individuals to leave their homes, families, jobs, and material possessions to answer God’s call to pastoral ministry. One of many stories that touched my heart is the story of Victor Januario, a fourth-year student pastor. Victorino left his pregnant wife at home and while in Pemba, studying to complete his final year, he missed the birth of his first child, contracted malaria and had no idea what he would do to earn money after his return. Despite all these uncertainties Victorino expressed that while he had no idea about his future, he knew that God was in control. He told me God had a plan and purpose for his life. So, he rested in the assurance that the same God who made a way for him to be in school would make a way for all else.

That and other experiences accentuated my understanding that the world is not in need of another initiative, but of individuals who are willing to place their faith in Jesus and follow his commandment to “go and make disciples of all nations,” individuals who are willing to cross social, cultural, and ethnic barriers to offer the love of Christ to those who are suffering in our world. Whether we find ourselves in Mozambique, Brazil, Nashville or Ohio, as Christians, we are called moved into action and help those who suffer. 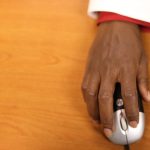