Houses of Study at United Theological Seminary equip students for service in the communities, movements and denominations where they serve. Houses support students in several ways: through academic tracks in United’s DMin and MDiv programs, through mutual support in formation groups, and through mentorship from facilitators and spiritual directors in United’s Contextual Ministries program. Houses may also include related non-degree certificates and groups in United’s Doctor of Ministry program. Within a House of Studies, you will find support from a House of Studies director and fellowship among your peers.

The Mosaix House of Studies, in partnership with the Mosaix Global Network, provides personal, specialized and contextual training for experienced ministry leaders seeking to better understand, establish and proliferate disruptive church technology — that is, the why, how and what of building healthy multiethnic, economically diverse, culturally intelligent, socially just, and financially sustainable churches in the 21st century.

An increasingly diverse, painfully polarized, and cynical society is no longer finding credible the message of God’s love for all people as proclaimed from segregated pulpits and pews. Moreover, the community rightly wonders why a church will send its people and resources across an ocean but not across the street. To effectively engage a rapidly changing society, pastors today need to develop cross-cultural intelligence. To not only survive but thrive in the future, local churches will need to get beyond sole dependence on tithes and offerings by leveraging assets to generate sustainable income.

If these realities reflect your own understanding and/or experience, you’ve found your people: the Mosaix House of Studies is for you.

Disrupters see what lies ahead, long before others have even arrived at the intersection of present and future. They define, refine, and ultimately create new realities by changing the way people see things, think about things, and get things done. Once disrupters gain momentum, they do more than simply describe the future: they establish it. They frame the questions, shape the narrative, and influence the conversation. In so doing, they challenge what is and inspire what is yet to come.

5 Signs Suggesting a Church Is Ripe for Disruption
Adapted from Disruption: Repurposing the Church to Redeem the Community
Mark DeYmaz (Thomas Nelson, 2017)

Students in the Mosaix House of Studies will be equipped theologically, relationally, contextually, and practically to articulate and implement a proven, credible, and effective model of local church growth and development, designed for 21st century mission advance.

Programs of study have been developed and are taught by current local church practitioners widely credited and nationally recognized for their entrepreneurial innovation and leadership in the American Church. 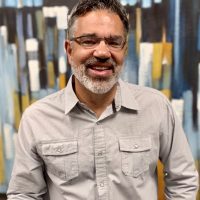 Dr. Mark DeYmaz (President & CEO, Mosaix Global Network)
A thought-leading writer and recognized champion of the Multiethnic Church Movement, Mark planted the Mosaic Church of Central Arkansas in 2001 where he continues to serve as Directional Leader. In 2004, he co-founded the Mosaix Global Network, with Dr. George Yancey, and today continues to serve as its president, CEO, and convener of the triennial National Multi-ethnic Church Conference. In 2008, he launched Vine and Village and remains active on the board of this 501(c)(3) non-profit focused on the spiritual, social and financial transformation of Little Rock’s University District.

He is the author of seven books, including Building a Healthy Multi-ethnic Church (Jossey-Bass, 2007), Disruption: Repurposing the Church to Redeem the Community (Thomas Nelson, 2017), and The Coming Revolution in Church Economics (Baker Books, 2019). Mark lives in Little Rock, AR, with his wife of 33 years, Linda. Together they have four adult children and four grandchildren. 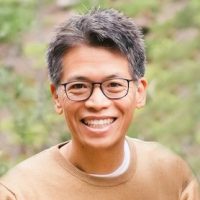 Dr. Harry Li (Director)
Rev. Dr. Harry Li is the Senior Pastor of Mosaic Church of Central Arkansas (Little Rock) where he has served for more than 18 years. He is also a CQ® certified facilitator and senior consultant with the Mosaix Global Network delivering cultural intelligence assessment and training to faith-based organizations throughout the US and Canada. Prior to full-time ministry, Harry was an associate professor of electrical engineering at the University of Idaho. He and his wife of 28 years, Melanie, have three adult daughters scattered throughout the US. In addition, Dr. Li consults with a variety of educational institutions, nonprofit organizations and businesses on a variety of leadership issues related to equity, inclusion, and financial sustainability. 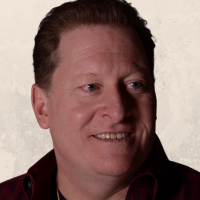 Rev. Chip Freed (Contextual Ministries Facilitator)
Currently the lead pastor at Garfield Memorial UMC (Cleveland, OH), Chip previously served Montgomery UMC (Belle Mead, NJ) and Asbury UMC (Elyria, OH), and as a District Superintendent in Mansfield, OH. Today, Garfield is one of the most multiethnic, economically diverse churches in the Midwest, as not one ethnic group constitutes more than 52 percent of the congregation. Under Chip’s leadership, the church has grown from 340 to 1,300 members, averaging (pre-COVID) 600 in worship and 150 children. In 2013, a second campus was launched in Cleveland (South Euclid), and later a third in Liberia, Africa. Chip is married to his best friend and ministry partner, Terri; together they have three adult children. 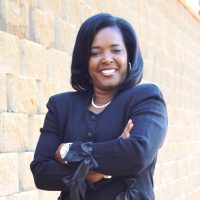 Dr. Stephanie Hand (Spiritual Director)
Rev. Dr. Stephanie Moore Hand is an ordained minister in the United Methodist Church. She serves currently as a Vitality Strategist in the Western North Carolina Conference focused on church revitalization, the development of new faith communities, organizational change, social justice advocacy, and spiritual formation. She is also a CQ® certified facilitator with the Mosaix Global Network. Prior to full-time ministry, Stephanie was an airport general and operations manager with over twelve years of fortune 500 executive leadership experience. As part of her UMC experience, she has served two local churches and launched a diverse faith community. Stephanie is a wife and proud mother of two young adults.

This first of its kind cohort equips ministry leaders with operational aptitude for addressing two of the three most critical concerns of our time impacting local church planting, growth, and development today in the US: namely, equitable inclusion and economic sustainability. United’s Doctor of Ministry (DMin.) program is a professional degree for religious leaders ready to expand the area of ministry to which they are called. In the Disruptive Church Leadership focus group, join a cohort of your peers to learn from mentor Mark DeYmaz and graduate assistant Chip Freed. United’s mentor-based DMin. program provides feedback, academic guidance, and ministry support as you develop an original research project for your unique ministry context.

Launching in the Fall 2021 semester, the the Multiethnic Church Development track equips ministry leaders (in United’s Master of Divinity program) to effectively engage an increasingly diverse society by establishing redemptive and equitable systems of spiritual, social, and financial innovation via the local church.

In addition to United’s core courses in Bible, History and Theology, Practical Theology, and Contextual Ministry, the MDiv track in Fresh Expressions will include some or all of the following specialized courses:

Building and Leading Healthy Multiethnic Churches**
This course explores the biblical (New Testament) mandate for multiethnic churches with an emphasis on exegesis to articulate a theology with others in mind. More practically, students will discuss core commitments and common challenges of building a healthy multiethnic church, and how to overcome obstacles in pursuit of the dream.

Cultural Intelligence (CQ®)
This course equips students to effectively navigate an increasingly diverse and global society, ministry leaders must learn to relate authentically and intelligently with people of varying ethnic, economic, and cultural backgrounds. Students will be assessed and taught to understand the dynamics of their own personal CQ, and (should they so choose) be certified to bring CQ assessment and training to others in professional or organizational contexts.

Disruptive Innovations and the Local Church
This course examines holistic and credible models for community engagement and transformation via the local church and equips students to articulate and replicate it within their ministry contexts.

Church Economics: Beyond Tithes and Offerings
This course teaches the why, how, and what of leveraging church assets to bless the community and generate sustainable income. Tithes and offerings alone are no longer enough to advance or sustain long-term ministry impact via the local church. Theology, sociology, and practical directives will form the basis of the discussion.

* The establishment and maintenance of Houses of Study at United Theological Seminary are dependent on sufficient enrollment.

** A healthy multiethnic church is one in which people of diverse ethnic and economic backgrounds will themselves to walk, work, and worship God together as one to advance a credible witness of God’s love for all people; recognize, renew, reconcile, and redeem broken relationships, both interpersonal and collective; establish equitable systems of responsible authority, leadership, governance, and accountability within the congregation; advocate and advance justice, mercy, and compassionate work in the community; embrace the tension of sound theological reflection and applicational relevance in an increasingly complex and intersectional society for the sake of the Gospel.

* These fields are required.