How do you take the church outside of the four walls of its building?

Daniel Moore (M.Div. ’15) has been working on that for the last eight years as pastor of Shiloh Missionary Baptist Church in Flint, MI.

When Moore arrived in 2008, the church needed a lot of work. The congregation of about 60 was divided, impoverished and uninterested in outreach. Minimal maintenance had been provided for the church building, erected in the 1920s, or its properties. On top of everything, the church had over $100,000 in debt.

“All I knew about pastoring was preaching on Sunday, counselling people, loving the people. I had a heart for the community, but I had no idea how to do it,” Moore explains. “The Church Renewal classes and the Evangelism classes [at United] really helped me focus on how to bring the church outside the four walls of the building… It changed my perspective of what the ministry of the Church really is.”

Through a lot of prayer and hard-work, the people of Shiloh started to turn the church around. In the first year and a half, they paid off all their debt. Using the capital campaign tools he learned in his Church Stewardship and Finance course at United, Moore then led the congregation through small campaigns to support long-needed renovations. They monitored their budget by paying cash for everything.

Now with financial security and a unified vision, the church started reaching out to the surrounding community. When the water crisis came to light in 2014, Shiloh was the first church to buy bottled water to distribute to the community. It caught on. Churches and organizations across the country began sending water and volunteers to Shiloh. Soon, they were giving out more water than the American Red Cross!

While national attention has waned, Flint water remains undrinkable. According to Moore, out of 15,000 lead lines that need replacing, only 20 had been replaced as of August 2016.

As the water crisis has continued, the church has become a light in the community. Twice per week volunteers distribute water door-to-door, giving out 700 cases of water in a day to those in poverty and people unable to leave their homes.

In the midst of ongoing crisis, Moore and his congregation are encouraged by the testimonies of those they encounter.

“These are real people who are struggling in this crisis,” he says. “Bringing water and baby wipes is such a small thing, but it is such a blessing to them.”

As the church lives into their new outward-focused mission, the community has responded. Membership has grown from 60 to 250, with approximately 140 in weekly attendance.

Moore and his church are getting attention for helping with the Flint water crisis, but he says anyone can make a difference in their community.

“Find a need and fill it. This is a need that showed up at our door — and it changed our whole focus of our ministry,” Moore says. “If you stay in tune to what is happening in your community…, God will open the door for you to minister.” 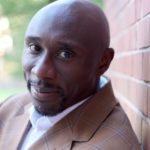