United Theological Seminary educates about 400 seminary students annually, making it the fourth largest of the thirteen United Methodist theological schools in the United States. United is known nationwide for its innovative, pioneering distance learning programs, which both enable theological students to receive part of their seminary education through interactive online classes and provide a robust residential seminary educational experience for future pastors and church leaders.

The core values of United Theological Seminary are to teach the historic Christian faith, cultivate holiness through the practice of spiritual disciplines and to educate pastors for the renewal of the Church.

Mr. Tharp announced at the recent Board of Trustees meeting that United experienced a very successful year under Dr. Millard’s leadership, as a result of the generous gifts from trustees, alumni/ae and friends of the seminary.

“We celebrate the significant contribution that United Theological Seminary is making to the Church of Jesus Christ and specifically The United Methodist Church. With a clear mission, strong core values, along with a strengthening financial position, United is poised to lead the way in the training of Christian leaders for the renewal of the Church. We are grateful to and offer our prayers for the faculty, staff and administration as they work alongside the outstanding leadership of President Kent Millard.” 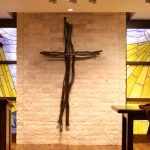