A Jesus I Do Not Know: Christians and the Capitol Riot 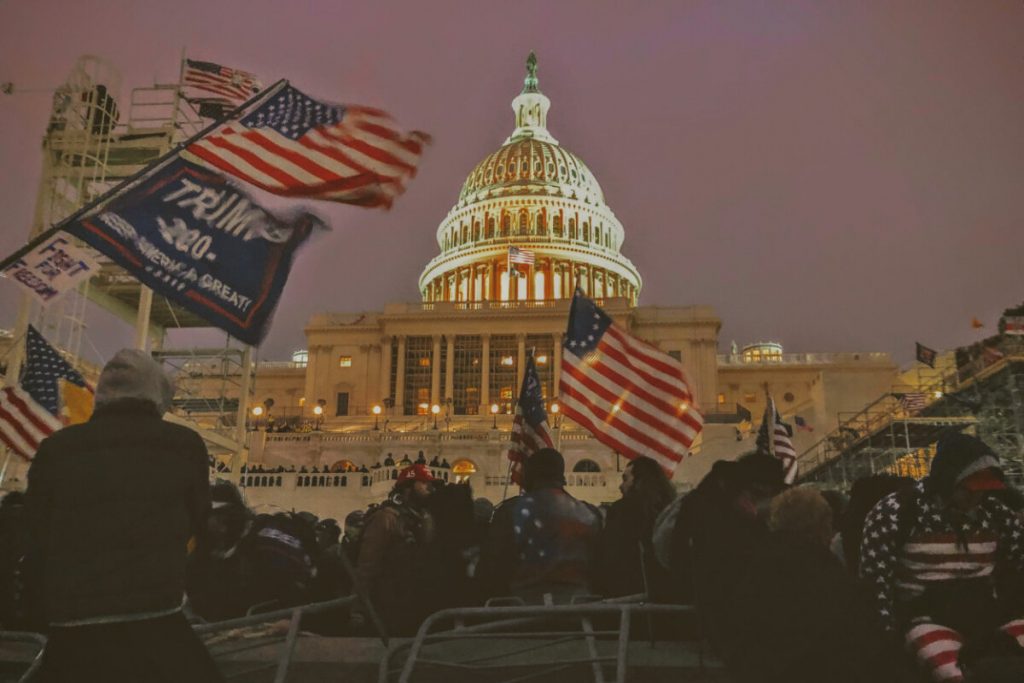 This piece was originally published by Firebrand Magazine, for which United Theological Seminary is a sponsor. Used with permission.

The events of January 6, 2021, in which radicalized supporters of President Trump stormed and vandalized the U.S. Capitol, are a national disgrace. These events represent one of the lowest moments in American political history.

Although it is unfashionable in some circles to say so today, I view the ideals of the U.S. system of governance with honor and gratitude. I reject the idea that the United States is rotten to the core. I believe that all people are created equal, and that each of us is endowed with certain unalienable rights. Undoubtedly the U.S. has failed in many cases to realize the ideals upon which it was founded. Among our most egregious violations have been in the institution of slavery and the racial inequality that has followed in its wake. But the ideals themselves express the values of human dignity and freedom with incredible power. An attack upon our Capitol is, at some level, an attack upon those ideals.

“Jesus” at the Riot

Political philosophy is not my bailiwick, though, and I will leave the political unpacking to people who are more informed and astute in these areas. My concern is with the attempt to infuse this attack on our system of governance with Christian symbolism. The name of Jesus was on bold display during the riot at the Capitol, as were other symbols of our faith. According to one news source, among these symbols were:

Additionally, a large wooden cross was erected across from the Capitol building.

Twitter predictably erupted with tweets such as the following:

This is Jake Angiel he sat in the Speakers chair. pic.twitter.com/R0uRraYUCe

One aspect that hasn’t been picked up on by the media about the #CapitolRiots: the obvious and increasing overlap between the Christian Right and the alt-right. There were Proud Boys & Oath Keepers right alongside Trumpists waving “Jesus 2020” flags as they stormed the Capitol. pic.twitter.com/f6qbpX481u

The tweet that really hit home for me, though, was from Beth Moore:

I don’t know the Jesus some have paraded and waved around in the middle of this treachery today. They may be acting in the name of some other Jesus but that’s not Jesus of the Gospels.

No, Sister Moore, I don’t know that Jesus, either.

Jesus — the real Jesus — does not bow at the altar of politics. He does not require the assistance of the kingdoms of this world. He transcends all governments, states, and borders. He cannot be held captive by any political agenda. He is not an ideological wax nose. Jesus — the real Jesus — is Lord of all. And attempts to remake him in our image, no matter how sincere our intentions, are affronts to his lordship. We do not honor him by parading his image in displays of political showmanship. We do not honor his cross by distorting its meaning for political gain, nor do we honor his name by co-opting it in the service of some other cause. Jesus is the cause, and he is too holy, too righteous, too perfect to serve as a spokesman for our this-worldly enterprises. We are not his masters. He is ours, and he abides no rivals.

The Mystery of Iniquity

It is, however, so very tempting to try to make Jesus serve us. Sin creeps into the church, and not always in great acts of defiance at which we can point our fingers and say, “This! This is wrong, and it must stop!” No, sin infiltrates the church in a thousand imperceptible ways, always attempting to transform the church into some misshapen parody of the body of Christ.

In his sermon “The Mystery of Iniquity,” John Wesley asserts that during the first three centuries of the faith, “there were intermixed longer or shorter seasons wherein true Christianity revived” (26). In particular, he notes that the church flourished under persecution, which “never could give any lasting wound to genuine Christianity” (27). The greatest wound ever dealt to the church, by contrast, came not from persecution, but from its opposite. The “grand blow which was struck at the very root of that humble, gentle, patient love, which is the fulfilling of the Christian law, the whole essence of true religion, was struck in the fourth century by Constantine the Great, when he called himself a Christian, and poured in a flood of riches, honours, and power upon the Christians, more especially upon the clergy” (27). This flood of wealth and honor caused Christians to sink into all manner of vice. “Then the mystery of iniquity was no more hid, but stalked abroad in the face of the sun” (27). Sin, in other words, paraded as virtue when the church became a vassal of the state. Divided loyalties poisoned the church’s faithful witness.

The Reformation, said Wesley, did not solve these problems. Protestant Christians were in many cases no more virtuous than people who did not know Christ at all. For Wesley, Methodism was an attempt to restore holiness to the body of Christ, a holiness that had not inhered fully since the time of Pentecost. It involved a peculiar, disciplined way of living in the midst of a “Christian” nation where faith and love had waxed cold. Methodism was a spiritual rebellion, and many people outside of the movement perceived this. Witness the mobs who violently attacked Wesley and other Methodists. I can only imagine, with some unpleasantness, what Father John would think of Methodism today, particularly in North America and Western Europe.

The humble, gentle, patient love that Wesley called “the fulfilling of the law and the whole essence of true religion” has once again fallen on hard times. This calls for repentance, in no area more than in the idols we have created in the name of Jesus. In his classic work The Quest of the Historical Jesus, written at the beginning of the twentieth-century, Albert Schweitzer argued that a century of European biblical scholarship had not given us the historical Jesus, but the Germanic Jesus. Scholars had time and again remade Jesus in their own image. So had many before them, and so have many after. This recent abomination at the Capitol is only the latest in the long history of the appropriation of Jesus’ name and cross. Democrats have done it. Republicans have done it. Televangelists have, too. Kings, queens, and empires have used the name and cross of Christ for all manner of worldly gain. The seven sons of Sceva tried to appropriate Jesus’ name and power and were left beaten, naked, and mocked by a demon: “Jesus I know, and Paul I know; but who are you?” (Acts 19:15).

“But what a mystery this is!” Wesley wrote. “That the all-wise, the all-gracious, the Almighty should suffer it so to be!” (22). It is indeed a mystery, but we see its effects time and again nonetheless.

The Jesus of Scripture

The Jesus given to us in Scripture is no political pawn. He is the very incarnation of God who has come to call us to repentance and teach us to live rightly. He defeated sin, Satan, and death, and he offers us the opportunity to live with him forever in a peaceable kingdom. The Jesus of Scripture has given us the Sermon on the Mount. He has taught us to live with humility, meekness, kindness, and most of all love. He has taught us that if we want to be his disciples, we must take up the cross and follow him. He has commanded us to care for the poor. He has warned us against the danger of riches. He has taught us that whoever wants to be first in the kingdom of God must be last of all and servant of all. He has taught us that the world will hate us, but that God will love and honor us nonetheless. And he has taught us that no one can serve two masters. We will invariably hate one and love the other. God and mammon is the example he uses, but we could insert any other master and the result would be the same. God and fame. God and sex. God and ego. God and power. God and politics.

That Jesus — the Jesus of a topsy-turvy kingdom in which the lowly are raised up and the humble exalted — is the Jesus of Scripture. And we cannot build our own kingdoms upon his name. He is Lord. There is no other.

I care about the spread of Christian faith. I want everyone — everyone — to know and love Jesus. But we do not draw people to him by presenting a false Christ. Rather, we draw people to Jesus by presenting that Jesus who is given to us in Scripture — the Christ who taught us to love our neighbors, love our enemies, act justly, care for the poor, and humble ourselves that he might one day exalt us. There is no other Jesus. And this Jesus — the true Jesus — was not on display in the nation’s Capitol building last week. 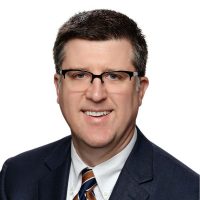 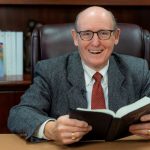