Burn the Mortgage: Working Together to Become a Debt-Free Seminary

On May 20, 2017, United dedicated its building to the glory of God and named it the Vicki and Rick James Campus in honor of their faith in God and commitment to educating future leaders of the Church.

Many are joining Vicki and Rick James in leaving a legacy through the Burn the Mortgage campaign! In January 2017, Vicki and Rick generously provided a $500,000 matching gift, launching the campaign to become a debt-free seminary. Now, more than 100 have joined in, and we have received more than $900,000 in commitments toward our goal. Each dollar goes directly toward paying down our mortgage, reducing interest costs immediately. As interest expenses go down, more funding is available for scholarships, new innovations in education and in growing the endowment for the long-term legacy of the school.

“We both feel that we were given everything as a gift from God, and He has charged us with the task of giving back to further his Kingdom. We are hoping that you can catch this vision too. We pray that you will prayerfully consider doing the same with a pledge that works for you.”

— Vicki and Rick James, honorary co-chairs of the Burn the Mortgage Campaign

In 2006, United bought and moved to the former Jewish Community Center on Denlinger Road. The original purchase price and year 1 improvements cost the school $5.5 million. This campus has been significantly more cost-effective to maintain, but in January 2017 a mortgage of $3.9 million still remained.

In support of the campaign’s goal to become debt free, United’s Board of Trustees voted to sell excess property that is not needed for the education of our students. The Seminary has agreements to sell property totaling over $700,000, all of which will go to pay down the mortgage. Only $2.3 million remains to be raised by our 150th anniversary on October 11, 2021.

We are excited to see what the Lord will do as we intentionally steward every resource in order to better prepare faithful, fruitful leaders to make disciples of Jesus Christ! 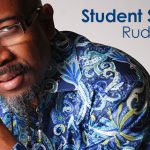 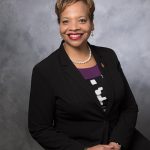