Alumni/ae on the Frontlines

In Luke, Jesus begins his ministry by quoting the words of Isaiah 61: “The Spirit of the Lord is upon me.” This has been a foundational text for those who believe the church should be a transformative agent in the world. The Scripture goes on to speak of bringing the good news to the poor, healing the brokenhearted, preaching deliverance to the captives, setting prisoners free. In a hurting world, in a desecrated creation and shifting culture, where else can we expect to find a catalyst for positive change but the Gospel of Jesus Christ?

In the United States, where the vitriolic use of violence by a few police officers intersects with racism and power, we are a nation sitting on a powder keg waiting to explode. The barrel was set when Eric Garner was choked to death by New York City police officers. The fuse was lit on Saturday, August 9, 2014, when police officer Darren Wilson shot African American teen Michael Brown, whose body lay uncovered for over four hours in the sweltering August heat of Ferguson, MO. By the time the explosion hit on Tuesday, August 12, 2014, announced by militarized vehicles and police in riot gear filling West Florissant Avenue in Ferguson, a rapidly growing movement was prepared to respond.I was putting the finishing touches on my sermon on Saturday, August 9, when my Facebook and Twitter feeds were inundated with posts about the shooting.

By 6 p.m., the incident was trending worldwide. Crowds gathered at the site of Canfield Apartments. I knew this incident was going to be different from other episodes of police violence against African American men. Sunday morning, a call went out urging clergy to gather for prayer at the Ferguson governmental offices, and a movement began taking shape. There was no question that I would participate in this moment; as a graduate of United and having had Dr. Wyatt Tee Walker as my doctoral mentor, social justice was ingrained in my pastoral DNA.

During the several weeks following the incident, I participated in meetings with the Department of Justice, real estate developers and community leaders and activists, listening and providing critique about where we were heading. In fact, I gave a keynote address to the community when we had a mass meeting with Ferguson city leadership at Christ the King United Church of Christ.

There were other United graduates in the St. Louis area entrenched in this moment. Rev. Dr. Cassandra Gould ’12, pastor of Quinn Chapel African Methodist Episcopal church in Jefferson City, MO, has been on the forefront of leadership in her area for social justice for some time, having led protests at the state capitol for Medicaid insurance earlier in 2014. A native of St. Louis, Dr. Gould drove nearly 120 miles to come to Ferguson and be in the streets during those tense moments.

Rev. Dr. F. Willis Johnson ’11 pastors Wellspring UMC, a relatively new church plant. His ministry is less than five years old, but Dr. Johnson has positioned the church to be an epicenter for strategy, theological reflection and social justice conversations that otherwise would not have happened. On the weekend of the one-year anniversary of Mike Brown’s death, Wellspring hosted a black scholars’ colloquium dealing with the Black Lives Matter movement. This church now serves as the meeting place for the new initiative — the Center for Social Empowerment and Justice. His doctoral mentor, Dr. Ivan Hicks ’94, came to provide support and encouragement and participated in several demonstrations.

While unrest following the Mike Brown incident continued into the early fall of 2014, another situation was brewing on the East Coast. On April 12, 2015, in Baltimore, MD, Freddie Gray was transported in a police van while severely injured. Several days later, he died. His death sparked protests and civil disobedience similar to the response in Ferguson. Clergy and community activists began to give shape to a nonviolent resistance movement.

Community meetings were held at New Shiloh Baptist Church where Rev. Dr. Harold Carter Jr. ’95 serves as pastor. Rev. Dr. Frank M. Reid III ’90 of Bethel AME met with city officials at his church to help them navigate through the ordeal it was facing. United alumni Rev. Dr. Lester McCorn ’11 of Pennsylvania AMEZ church and Rev. Dr. Carl Solomon ’14 of United Baptist Church were integral in conversations because their communities were directly impacted by the “riots” that took place following the death of Freddie Gray.

In both Ferguson and Baltimore, the clergy have been on the frontlines, serving as a buffer between police officers and protestors. After the protests, however, clergy and the church must continue to be a people and a place of transformation and liberation while addressing prophetically and pastorally the systemic evils of culture and society. Ultimately, God, through the Holy Spirit, is the agent of change. However, we must not be afraid to be God’s conduit. And to do this work, we must have the Spirit of Christ, because it is not for the faint in heart. 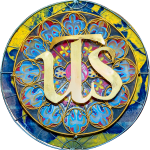