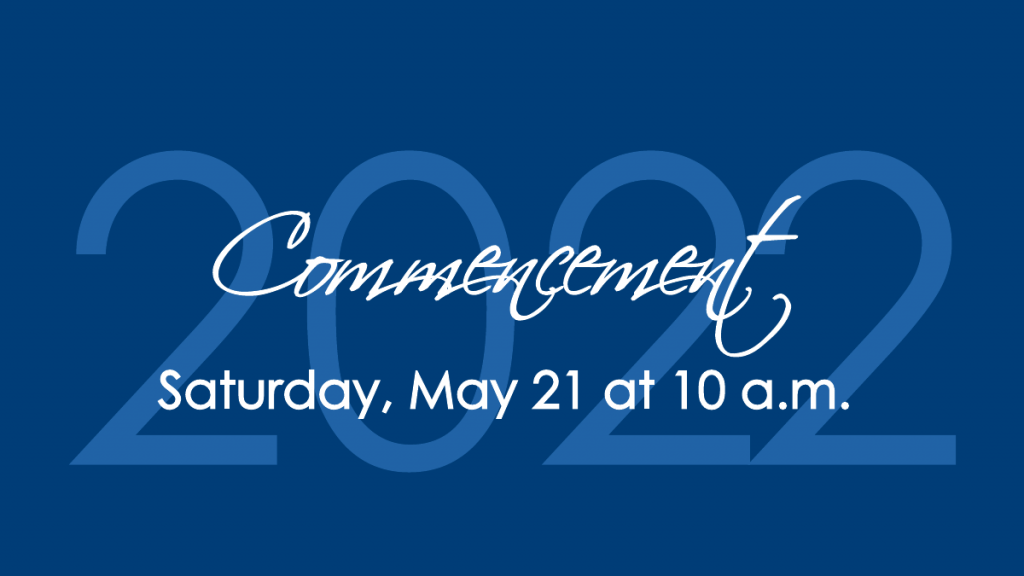 Please return to this page to watch the Commencement service at 10 a.m. on Saturday, May 21, 2022. The service will still be viewable on this page after the initial broadcast.

10 a.m. – Noon
Commencement (sanctuary) (The ceremony will be live-streamed)

Traveling from out of town? Here are some hotels in the area! 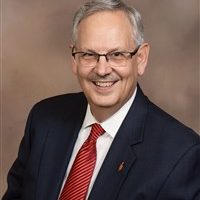 Bishop Bruce R. Ough is a retired Bishop of The United Methodist Church, having served from 2000-2020.

Bruce was ordained deacon in 1975 and elder in 1979 in the former North Dakota Conference and served as Council Director and Camp Program Director in the Dakotas, as Director of Oakwood Spiritual Life Center in Indiana, and as senior pastor, district superintendent and Director of the Council of Ministries in the Iowa conference. A 1973 graduate of North Dakota State University, Bishop Ough earned a master of divinity degree from Garrett-Evangelical Theological Seminary in 1978. In addition, he has done graduate work at Northwestern University and completed the Upper Room’s two-year Academy for Spiritual Formation program, for which he also served on the Leadership Team.

Bishop Ough was elected as a delegate to numerous General and North Central Jurisdiction Conferences and has served as a member of several jurisdictional and general church agencies. He was appointed bishop of the Southeast Asia Mission (Vietnam, Laos and Thailand) from 2010 – 2015, served as the president of the North Central Jurisdiction College of Bishops and chaired the Council of Bishops’ Plan Team on Missional Focus. He chaired the United Methodist Connectional Table for the 2012 – 2016 quadrennium, served as President of the Council of Bishops from 2016 – 2018, and currently serves as the Executive Secretary of the Council of Bishops in addition to his continued leadership as Resident Bishop of the Dakotas-Minnesota Area through December 31, 2020.

Bishop Ough is past president of the Ohio Council of Churches and has been involved with the Minnesota Council of Churches during his years in the Dakotas- Minnesota Area. He serves on the Board of Trustees for Dakota Wesleyan University, Hamline University, and the E. Stanley Jones Foundation, and he has received an honorary doctorate from Dakota Wesleyan University. In May 2020, Bishop Ough was named Distinguished Alum for Garrett-Evangelical Theological Seminary.

Bruce is married to Charlene Ough; they are the parents of three sons and seven grandchildren. 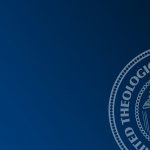 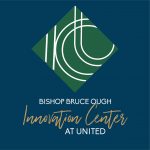